The IAA version of the Stellar Evolution code STAREVOL

STAREVOL is a one-dimensional Lagrangian hydrodynamic code (Henyey discretization scheme, Newton-Raphson relaxation algorithm) that uses as dependent variables the Lagrangian velocity u, the (log) radius lnr, lnf (a quantity related to the electron degeneracy), the (log) temperature lnT and the luminosity L. The relaxation of the equations is applied in one shot from the center to the surface (at some specified low optical depth).
The main papers describing the code are Siess et al (2000) and Siess (2006) for the constitutive physics Palacios et al (2006) for the treatment of rotational mixing and Siess & Arnould (2008) for the nuclear network.

Based on the Pols, Tout, Eggleton, Zhanwen (1995, MNRAS 274, 964) equation of state: Helmholtz free energy minimization, consistent thermodynamics, plasma always considered as partially ionized and degenerate; a few parameters allow to treat (or not) partial ionization of C, N, O and Ne and to consider (or not) H- and/or H2. Effects of pressure ionization and Coulomb shielding have been incorporated by means of analytical fits to the non-ideal terms in the Helmholtz free energy. In practice, this expression provides a confident treatment of Coulomb interactions up to an interaction parameter Γ~ 300. The implementation and validation of this EOS can be found in Siess et al (2000). 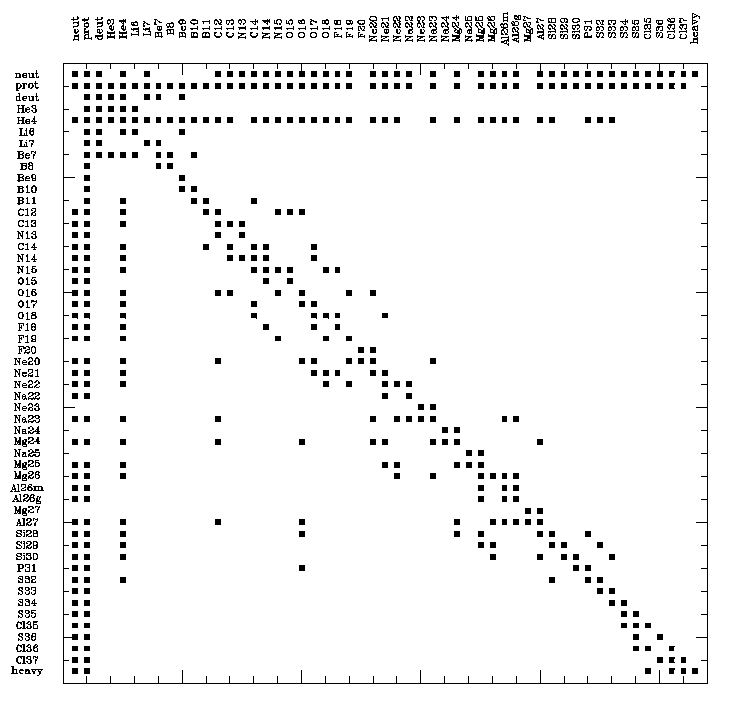 artificial viscosity is used to model the propagation of shock waves